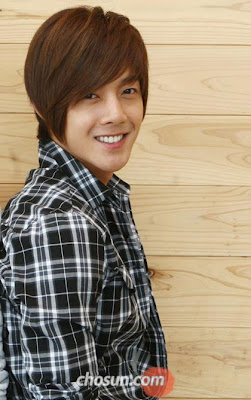 Gee, gone for a while and so much news !...Popped over to Allkpop and saw...

According to DSP Entertainment on the 15th, Kim Hyun Joong has been cleared by the doctors, without any traces of the H1N1 virus in his body and will be discharged today. In addition, having been cooped in hospital without running around for activities, Hyun Joong is in a very healthy state at the moment, and there should be no problems in resuming his hectic schedule but only if he avoids overworking himself to exhaustion

Hyun Joong will return to Korea on the 16th and check himself into a treatment center in Jeju Island opened by his friend. He will then recuperate until he has fully recovered.

Hyun Joong will resume work in October which includes filming for Tony Moly Skincare, AnyCall, Hotsun Chicken CFs. SS501's new album is also scheduled for October but the release date will be only be confirmed when Hyun Joong is ready to return. 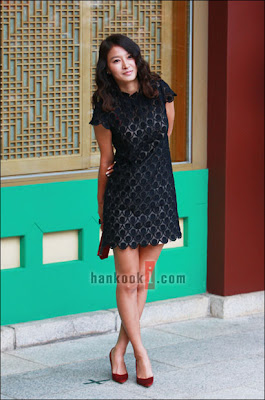 Actually this one, about Hwang Bo, was entered a few days ago, by maestro-J.... I quote :

On the 14th, Hwang Bo was casted as a guest on cable channel MBC every1's "Teacher is Coming", and she met her high school teacher for the first time in 14 years. During the show, information about Hwang Bo's school life was released.

It was then revealed that she had gotten in a big trouble in the past for wearing a red leather shoes to school. She also has gotten thrown in the bathtub before in a school trip because she didn't wake up in time due to her love of sleep.

Hmm, I know some one else who often didn't wake up on time, due to love of sleep ! ha ha..ha. Oh yes to read the story, click here.

Also read that on the 15th Hwang Bo was in a car accident on her way to a filming, the car was severely smashed but she escaped unhurt ! Click here to read all about it in coolsmurf's post. Oh.... I'm sooo glad she's Ok.