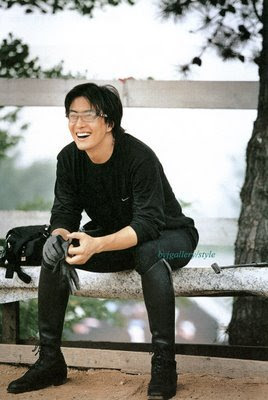 Thank you so much to Gaulsan for translating and posting this article in KOB.

What can we do for the 90 thousand people crowded in Tokyo Dome?

BYJ, who is preparing two huge events in Japan declared a war against the influenza pandemic. The organizing team made a contract with a flu-prevention team, and is discussing about signing a liability insurance for the fans.

The events are for the launch of 'WLS animation' and his book 'The Beauty of Korea'. The audience of both events are estimated to be at least 90 thousand. However, with the recent influenza pandemic and the news that idol Kim Hyun Joong has caught flu, there is a rising concern about the safety of such large events.

The organizers seem to be preparing for that. "We hired a flu-prevention team that will work under the control of the Japanese authorities," said a staff, "and we will carefully organize both events under strict control of this team."

The organizing team is considering of installing thermal imagers at all gates. A staff said, "it is not recommended by the government, but to prevent infection, we are trying to ensure safety even if it costs extra charge."

The organizing team is considering of signing a liability insurance for the fans who might get infected after attending the event. The staff said, "our goal is 100% prevention, but we are also preparing for any possibility. This shows how considerate BYJ is of his audiences."

About the events, Choi Ji Woo is also appearing at the event of WLS animation, and the book of BYJ will be published both in Korea and Japan.